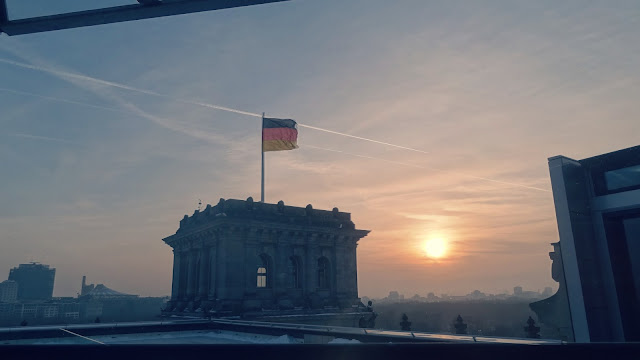 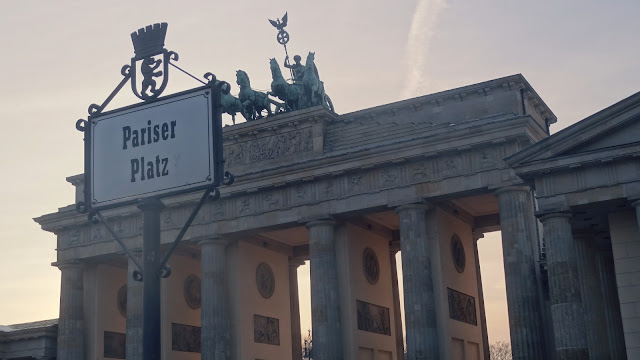 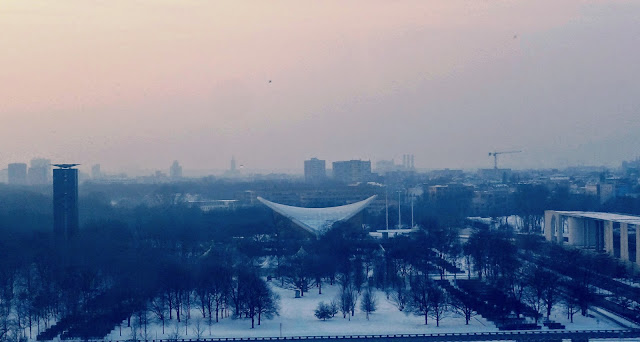 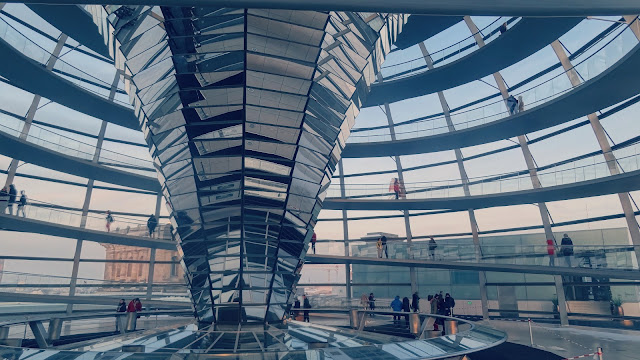 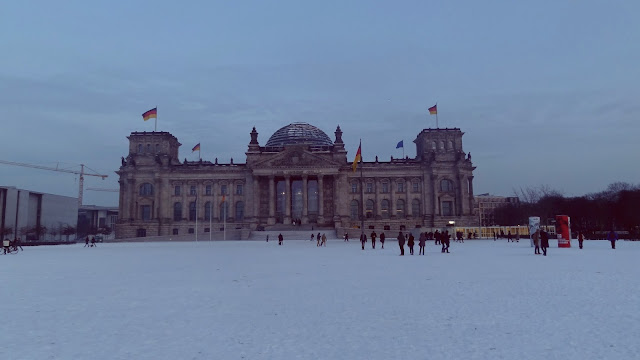 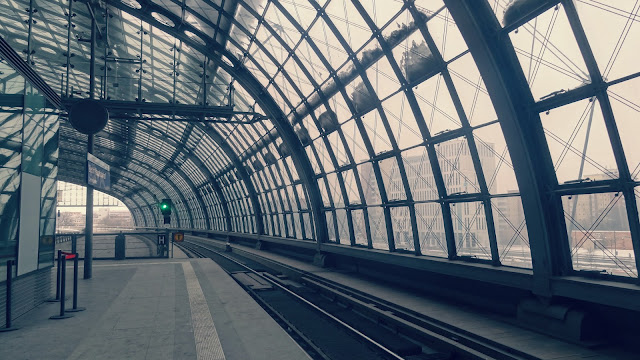 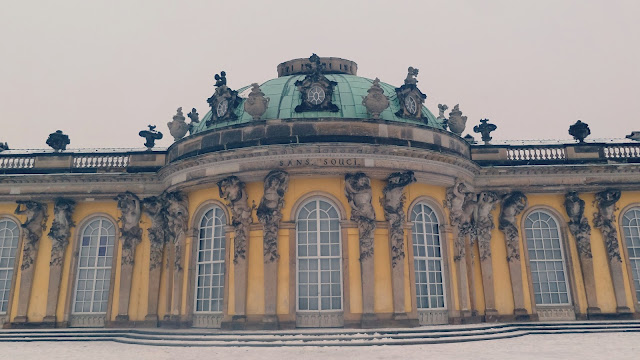 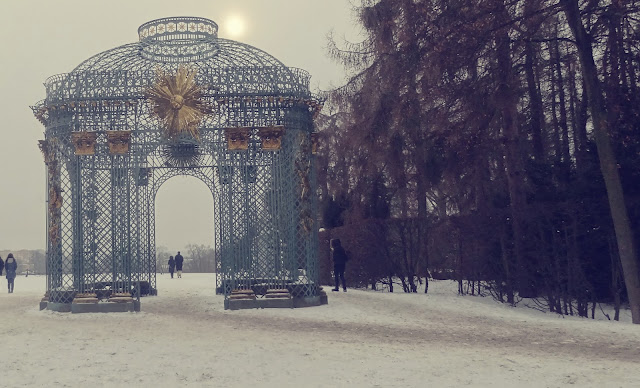 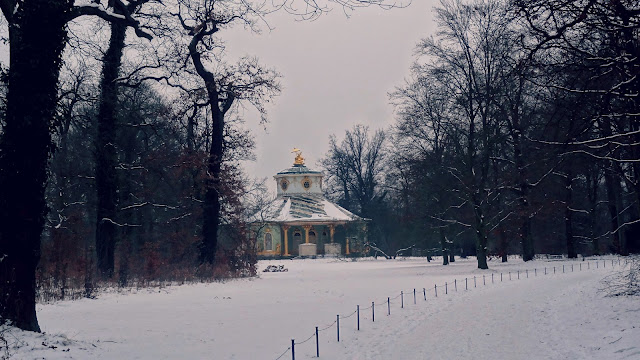 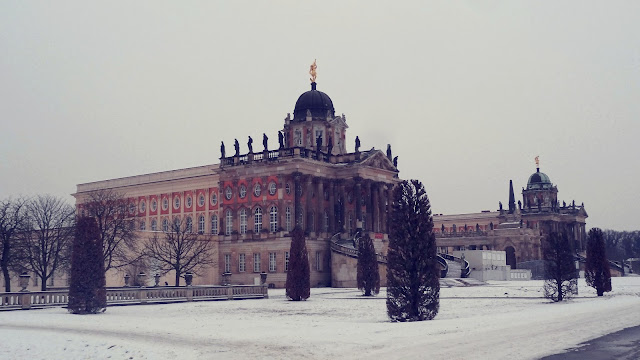 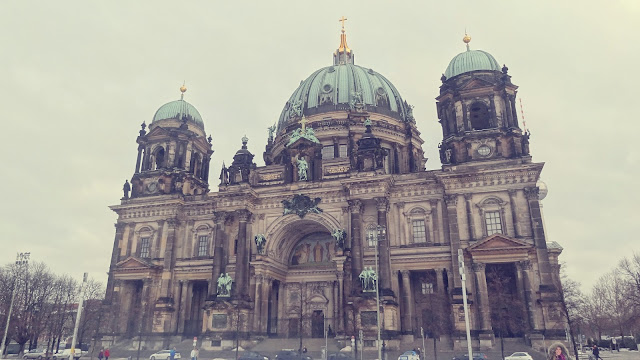 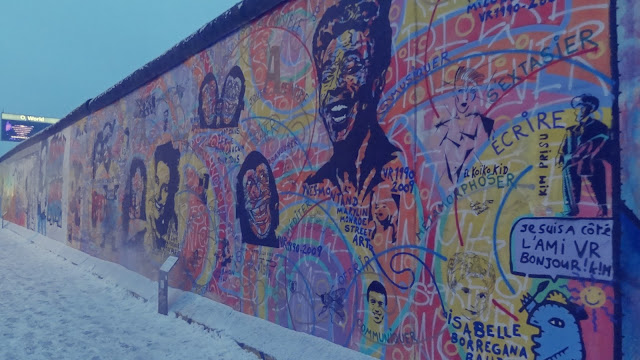 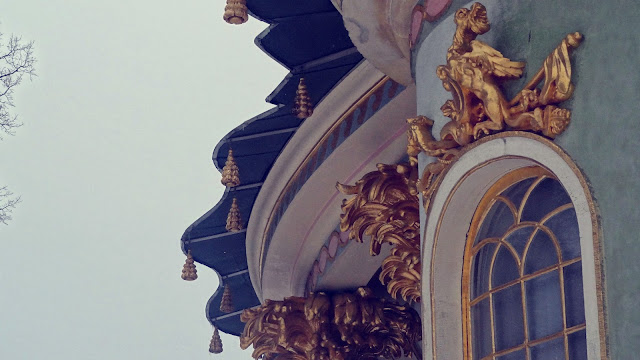 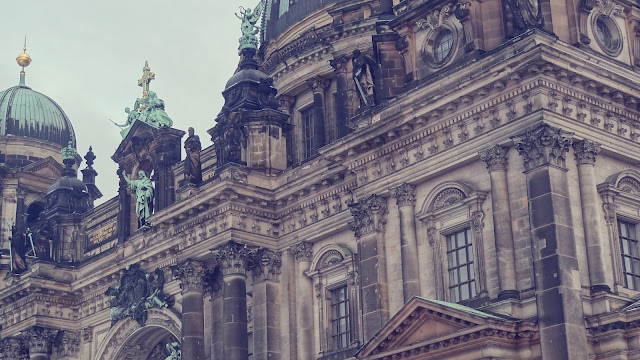 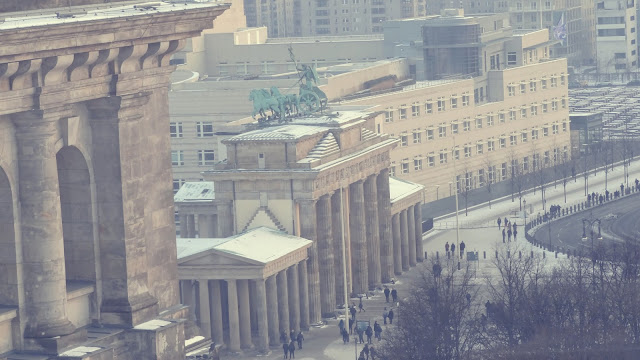 Berlin is the first city I've been to twice. It's also the first city( apart from where I've lived obviously) that I've seen both during summer and during winter. I went back for a short week end, with my friends at the end of January, and I actually "celebrated" my birthday in Berlin! The trip was a surprise gift to my ex roommate, and I had so much fun planning it with my two lovely girlfriends!

I feel like planning is such a nice part of the trip itself, booking tickets, rooms, making a schedule, fantasizing about the things you'll see, the things you'll eat, the bus ride or the flight. Trying to decide on which clothes you're going to pack, and I loved it even more, because it was a surprise!


However, I knew what I was going to see, because I've already been to Berlin in 2011, as you may remember, during my "Gackttrip", and clothes to bring were easily picked up after I checked the weather.
Let me just say. Germany during winter is cold. Very cold. I can't even remember how many times I thought my fingers were going to turn into ice.

Coming back to a place you've already visited is a very unique and strange feeling. Memories come back at every corner, and you suddenly remember things you had completely forgotten about. Streets are familiar, even after a year, and it feels very familiar without losing any of its charm.
I remember that I loved Berlin immediatly when I first landed there one, now almost two years ago. It's a beautiful and big city, with lots of parks, museums, good restaurants and clubs, nice and friendly people.
It is a very relaxing and peaceful place. I also love how everything is a little bit underground or edgy, how people are clearly not really giving a shit about what you're doing or looking like. That's a really nice place to live, I believe.
But ohmygod, it's so cold and snowy during winter! Did I tell you it was cold?

We went for the very traditional and unmissable sightseeings. The Reichstag, which if you can, you should totally visit, it's really interesting. You must book in advance here ; The Brandenburger Tor with its neverending groups of tourists, the Berliner Dome which is by night or during daytime one of the most beautiful building of the city( and the inside is... to die for! pictures will come soon!), and obviously the Berliner Wall, the Berliner Mauer.

We also added the Sans Souci Schloss, when in 2011 we went to see the CharlottenbourgSchloss.

That was truly one of the best moments of the trip to me, eventhough we unfortunately couldn't visit the castles. The scenery was truly beautiful and whimsical. I guess it must be really beautiful anytime of the year, but I feel like winter is the perfect moment to visit it, for it accentuates the magical atmospheer.
France has so many beautiful castles, but castles in Germany tend to always have this little something more, a bit exotic and enchanting, that french castles don't have. Castles are definitely a must see in Germany.

And because one of us is an Art student, and I'm also an enthousiastic for Art we decided to visit at least one museum, and chose The Pergamon museum, which was really interesting and impressive!'(Pictures will also come later)!

For some reason, I also love the subways in Berlin. They're clean, cute and the stations are huge& look like malls more than subway stations. Which is very different from France, and different is always interesting!

Have you ever been to Berlin or Germany? Or would you like to?
xx
Emy.