This is probably not a surprise or news for most of you but I wasn't born in Paris. I was born in the very south of France, and lived about 15minutes away from the seaside by car until I was 18. Then I decided it was time to go to Paris and study. Well, it wasn't that easy and that simple, but ... let's stick to this. Growing up, I never really realised how lucky I was to live in a rather quiet town, in such a beautiful scenery. Now, I sometimes catch myself missing the sea, missing the beach and the overall atmosphere you only find where you can hear the waves and smell the salty air.
The sea and the ocean are pretty different, and I love them both. The first time I saw the ocean was in Japan, in Kamakura. Well, we now count a second time, and a rather impressive one.

Thanks to one of Yolaine's friends, we heard of Cabo da Roca and decided at our arrival in Sintra to take the bus to what was described to us as "an amazingly beautiful place". or something along those lines.

And it was worth the rather ... sinuous and long drive. 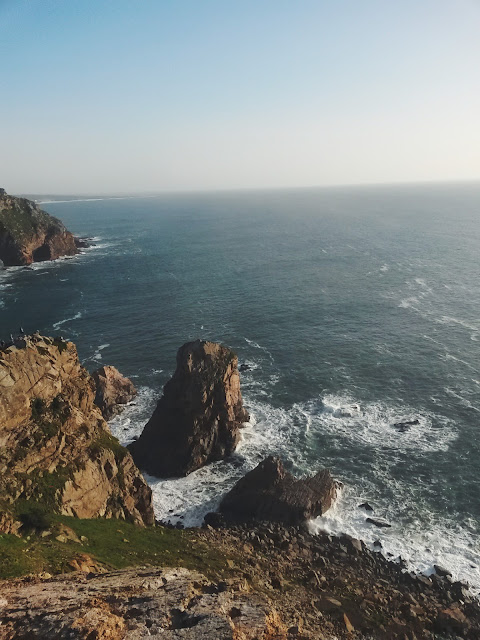 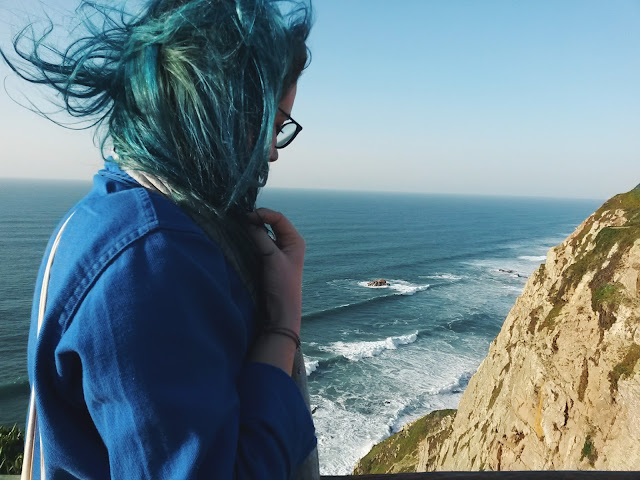 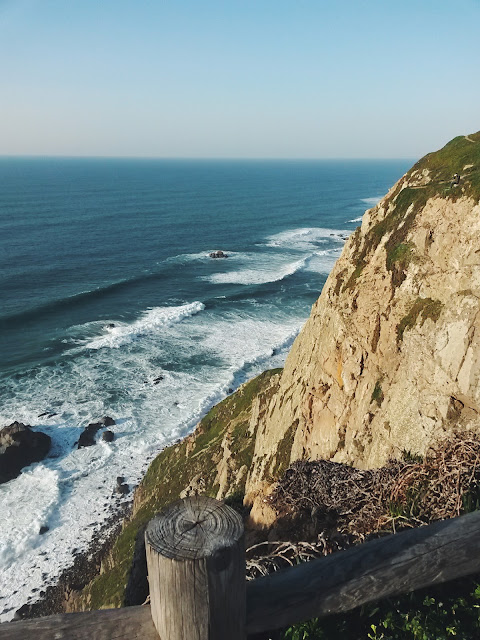 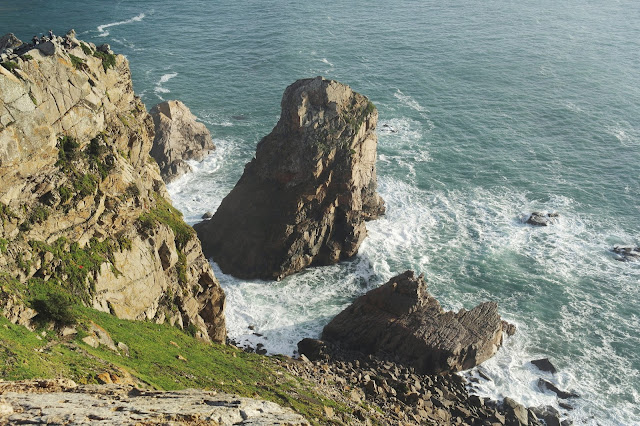 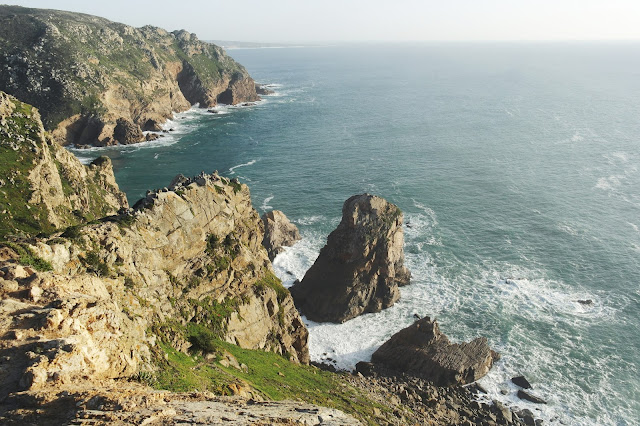 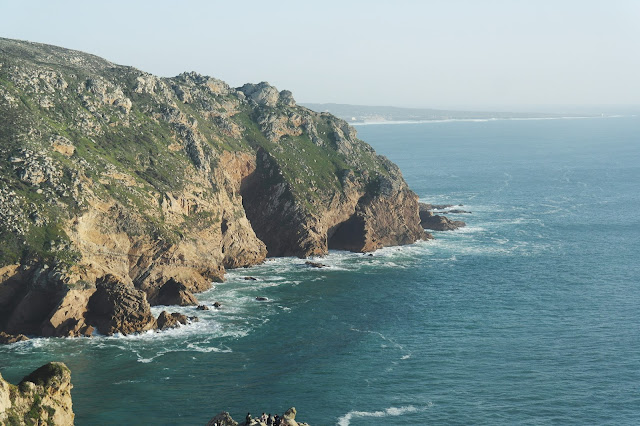 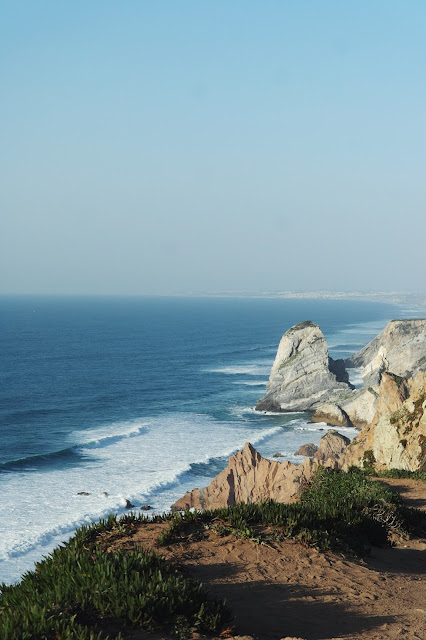 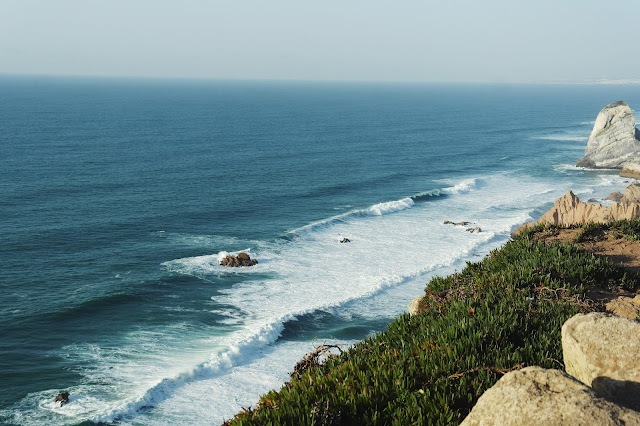 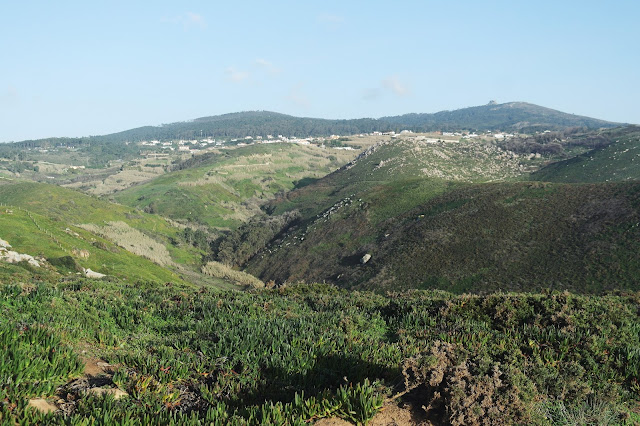 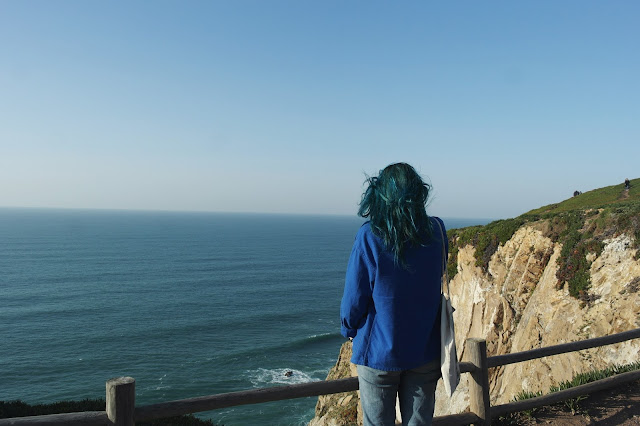 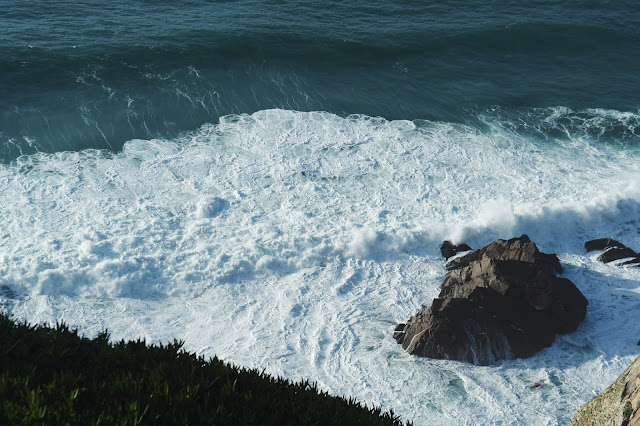 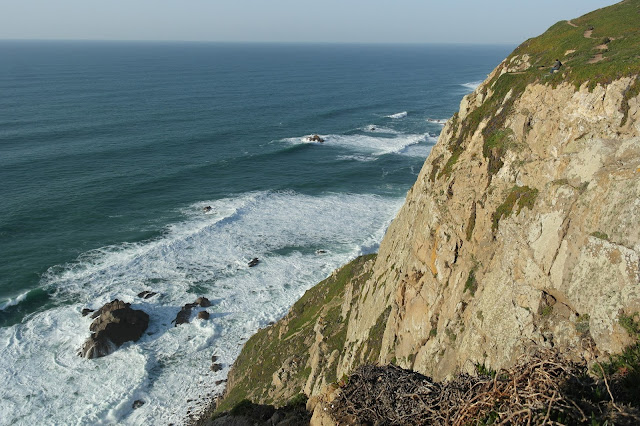 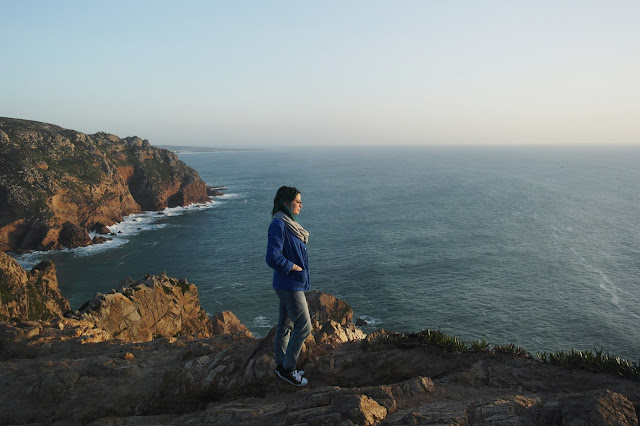 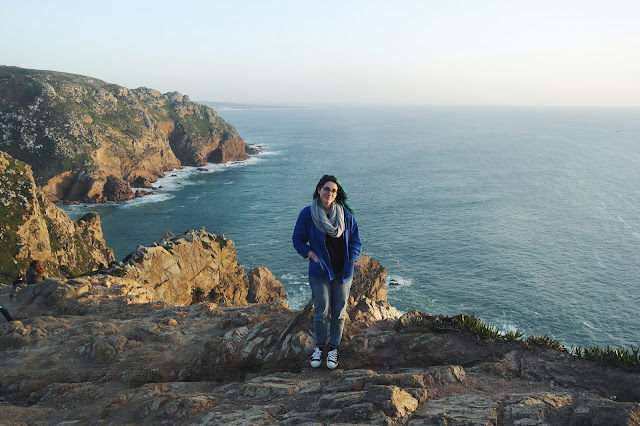 It felt almost too good to be true. The sun, how unexpected visiting this place was, the rolling waves and beautiful cliffs. This was such a great experience, one of the highlights of my trip to Portugal. And seriously, there was way too much blue for me to not be in awe!