You turn my grey sky into blue. 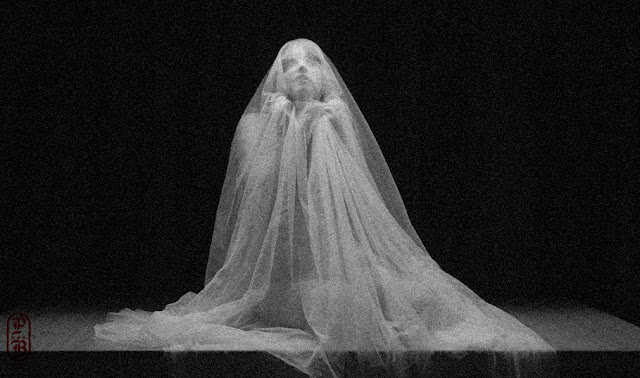 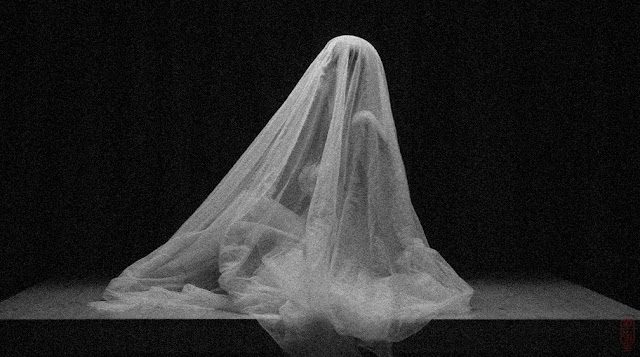 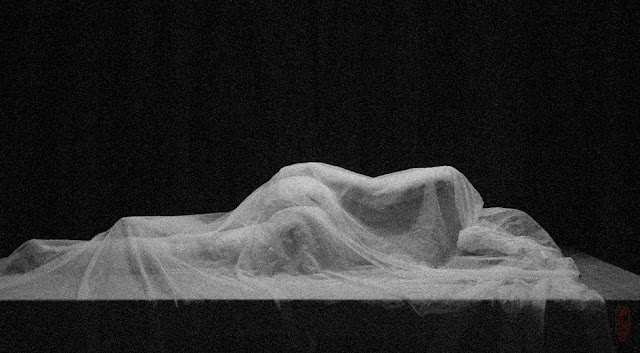 I didn't originally intend to write about this today, nor anyday in particular in fact, but while looking at these pictures I took recently with a very sweet and talented photographer, I realized how well they expressed how I can feel at times. Feeling like I'm not really into this world, not really seen and seeing what's happening around me, trapped by this anxiety, that sometimes seem to be invincible.
Also being naked, feeling completely vulnerable, convinced that people can clearly see what's going on in my head, how terrified I am, no matter how much make up I have on, or how much I pretend to be interested in the book I'm reading. Well also pretending to be reading, for the words don't make sense anymore in those moments, and just mix with one another, adding to this awful sensation that everything's turning into a white whirl.

It's kind of funny how once someone has said those words for you, panic attacks, anxiety it becomes really obvious. Suddenly all sorts of things you used to do, or precisely not do make sense. My behavior, in many circumstances, which I've always thought to be a bit odd, however was normal to me. I had always sort of, been this way, and what you've been used to seeing, doing or feeling all your life, logically seems normal to you. Even if you clearly see that people around you, aren't acting the same way as you.
I guess I was also in denial that something wasn't quite normal. I knew, and everyone knew I was a bit weird&strange, but people and myself as well, just saw that as one more of my weird personality traits. That's it.
I have never been to a party, to a club and very few times even to a bar? Let's blame that on me liking to read best, or just not liking alcohol. I never ever go shopping other than in supermarkets and bookshops? Let's blame that on the internet, that I spend way too much of my time on. It never occured to anyone that the internet maybe wasn't the reason, but the consequence. Not at ease while meeting new people and having to speak in public? Let's say it's because I'm cold and pretty discrete. No one ever thought it was slightly weird that I was probably the least cold person ever once you get to know me. Nausea everymorning before school? That must be because I didn't take any breakfast. Once again, no one thought I didn't take any breakfast because I was feeling anxious. Nor did anyone notice that the only shops I can enter are those that aren't crowded, surrounded by sales assistant who have no idea what personal space means, or which music isn't awfull loud. Just like when I skipped sport or theater classes, everyone just thought I was just lazy, or thinking I was too good to even pay attention to these sub sujects. No one ever took the time to wonder if I just couldn't do it.
Obviously no one did! Emy, having somehow an anxiety disorder? Noway!
She's always the first one to speak her mind, so sure of her ideas and opinions! She makes videos on YouTube, she travels and talks to everyone in the street, she meets strangers abroad, models naked and has blue, violet hair with clothes I'd never wear! How could she possibly be anxious and have panic attacks?! And for the longest time, I was thinking this way. Just because it didn't seem to make sense. And because until I went to college, it was all minor things. Or more precisely, things I could disguise, and just escape from. Ah escape. Just the right word. I was escaping. All the time.
But once I got to college, I couldn't escape anymore. I had no more the kind teachers that would know me and somehow make things easier for me. I didn't have these good old friends that were always there for me. I didn't have anyone to answer for me. Nor could I just wait for my parents to do things for me.
I had to go to class, with strangers, unknown and distant teachers, new school ... I had to speak in front of everyone else, I had to do group works with everyone else. All the things I could escape from before, because people knew I didn't like it. But the truth isn't that I don't like it. I now hate it, and just can't do it most of the time.

And it started becoming worse. I had such a bad image of myself, I was feeling completely worthless and stupid. I was faking smiles, and then wondering if I was really turning crazy. The smallest and most normal stuff, were suddenly turning into insurmountable tasks. Going to the doctor? All alone, having to call for an appointment, having to wait in a small room full of people I didn't know, having to be sure of the day, the hour ... impossible. Calling anyone I didn't know basically was a pain. Waiting in the line at the store? I was suddenly hit by terrible doubts. Had I enough money? Had I even brought my wallet with me? Oh and are they taking credit cards? What should I do if they don't take credit cards?! Ok, better be safe, let's pretend I forgot something and come back later. Should I really go to this photoshoot? I don't know them yet. Maybe they'll think I'm ugly? They may not even recognize me, and be so disappointed. I gained so much fat anyway. Why did I say yes? I knew it would turn out like that. Ok let's pretend I am sick. I really want to go running. But I'm all alone. People will think I'm a looser because I run too slow. And I will run only 20minutes, it's really nothing. Everyone will see how much I'm in pain, it's ridiculous, I really shouldn't go. Why are they looking at me? Are they laughing at me?
It wouldn't always be like that. But very often it would. Being with someone would greatly help. In some circumstances, I was even the one looking the most relaxed.
But it all really became bad with school. That's when I had my first panic attacks. I had no idea what was happening to me, and thought I was going to faint because I didn't eat or something of that sort. Sweating like crazying, body becoming so hot and the minute after so cold, my hands were like ice. My heart was beating so fast, I was feeling so nauseous and couldn't swallow well. Started shaking and not hearing nor seeing well... I just couldn't go to class anymore. And I still can't really. 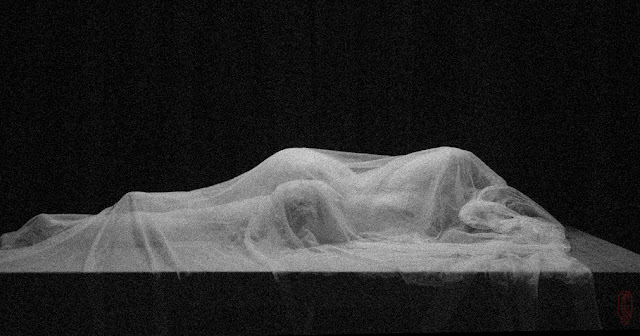 *
It took me over a year to finally ask for help. To finally admit that maybe something was wrong.
If I'm writing this post, it's more to point out the obvious than tell you how it feels to suffer from anxiety.
Not asking for help when you need it is stupid.
I don't think I'm the only one who's like that. I keep waiting and waiting, just refusing to see many things, because I don't want to take care of it, I don't want to express how upset or sad I am. I was afraid people wouldn't believe me, because I was convinced I didn't make sense at all. But it's bullshit. It really is.


There are really sweet and actually competent people out there, who are willing to help you out. If you were willing to build up a piece of furniture, would you on purpose try to do it without the needed tools?

There are times in life, when in order to build up this future life of yours, you need some tools, some advice, some plan, some people to guide you.

It obviously doesn't change everything. I still don't go to classes. But since I started seeing a psychologist, I feel more at ease because I know first, that I'm not turning crazy, and that I do have indeed, something that many people have, and that has a name. I don't panic much anymore in the subway, or in the street, almost not at all anymore! I can call & answer the phone normally, I can talk in the few classes I go to, I don't have this fear of going out which I used to have some days, that would make me stay inside all day long. I started running, even if it's not really successfull yet.
And even besides that, so many things have changed. I have a certificate now, that the school administration is aware of, and I'm no longer a bad student skipping class, but a student that sometimes can't go to class. The psychologist listens to me, and is sweet, the receptionist calls me by my name and is always very very kind.
There are some downs though. It's not really easy to go and talk for 30minutes with a stranger, giving everything you hold inside of you and accepting to show your crying face when you never cry in front of people. It's not nice to hear your doctor say " I suggest you see a psychiatrist as well, and take medicine", it's not nice to have your family being a bit more cautious with you, or the people you know taking it too lightly.

But it's all worth it, and I can now have hope that I will really battle this anxiety, and get free of it.
I hope that if you took time to read this super long post, and if you're struggling with anything, small or big, but was reluctant to get any help, by now, you've changed your mind.
I'm always telling people how time flies by, and how we shouldn't waste any minute of our lives. But by not asking for help, that's what I was doing all this time.
And you are very precious, your life is very precious, so don't waste it because you're afraid of what people will think, you're afraid they might not believe you, you're scared of the unknown or ashamed, or think help is for weak people.


Real strengh is being able to make choices that aren't easy.

Thank you for reading this post guys, it was super long and not the most joyful ever, but I don't want you to think it was sad either! It's actually not! It's full of determination and acceptance! After all, no one said life would be always easy! I'm taking the challenge, it's fine!
Btw, don't hesitate to tell me what you'd like to see next, and read about!