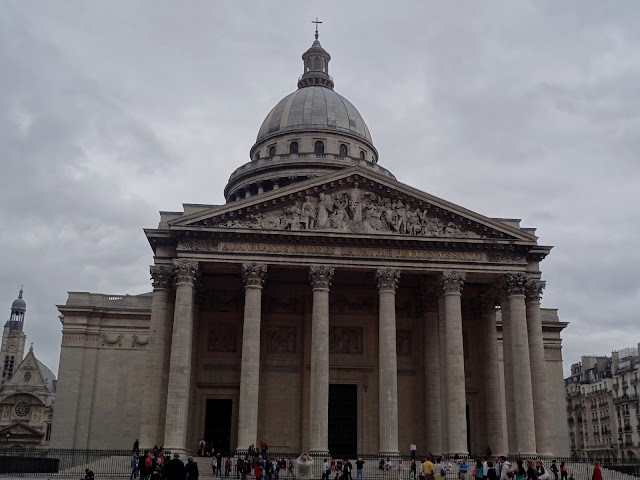 Le panthéon.
I feel like nobody really knows or talks about this place, while talking about Paris, which I don't understand because this is a wonderful and so impressive sight, as well inside or outside.
It was originally a church but now is a mausoleum for all great men in french history.
The Pantheon was built between 1758 and 1790.
The building itself, is 110 meters long, by 84 meters wide, and 83meters high. The crypt is just the same.
Useless to say it's really huge and impressive.


The inside is full of very beautiful and giant paintings, which tell The Apotheosis of Saint Genevieve( for whom the Pantheon was originally built.


In the crypt are buried people such as Rousseau, Voltaire, Victor Hugo, Alexandre Dumas or Louis Braille.
As a big admirer of Rousseau I find it quite weird that he was buried in front of Voltaire.
However, I'll let you appreciate some pictures I took when my father visited me. 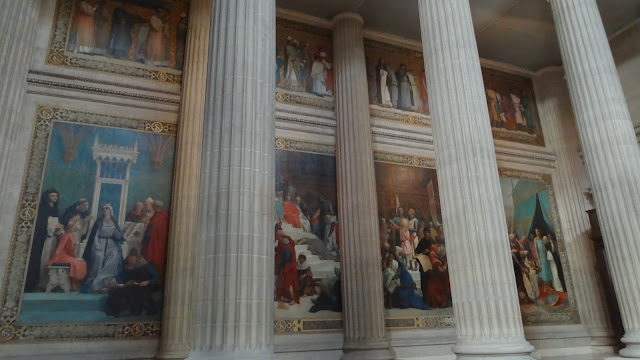 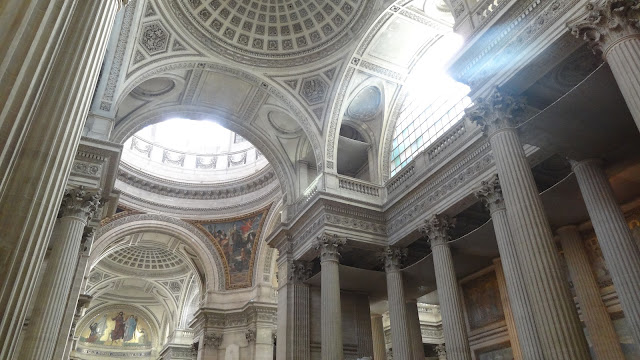 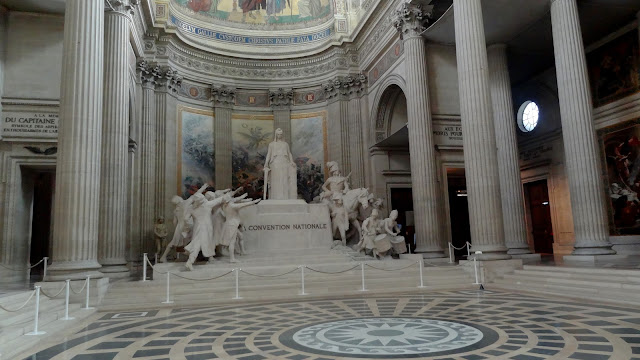 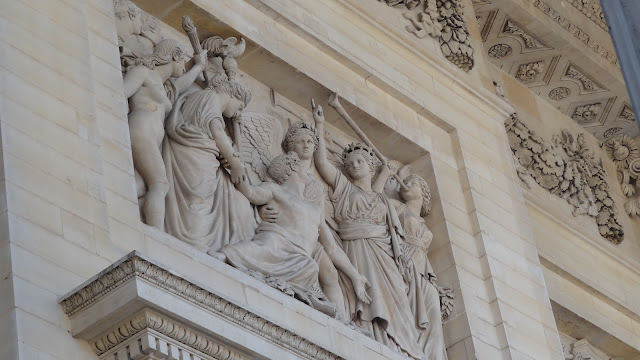 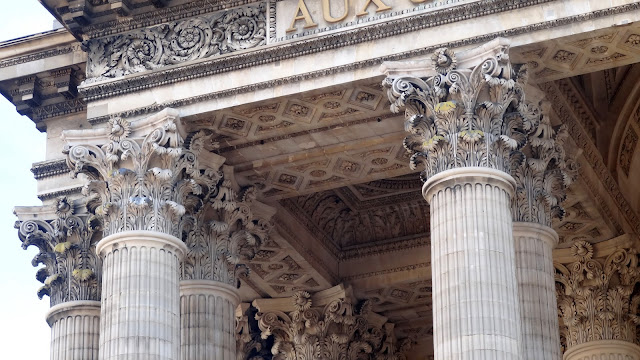 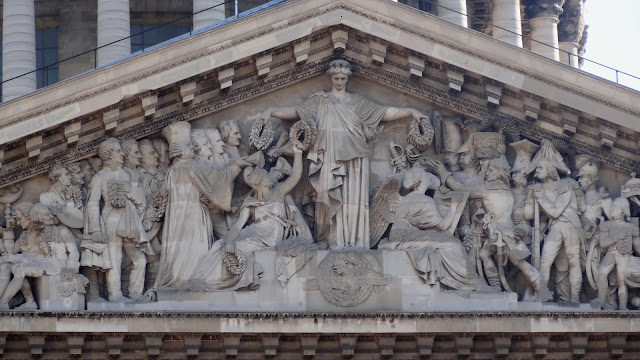 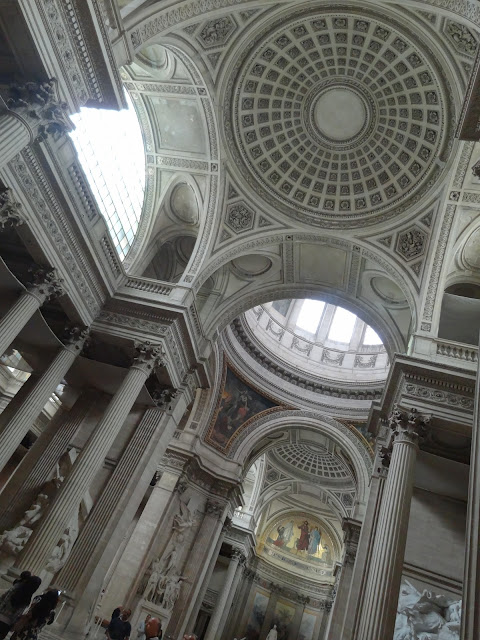